The historical atmosphere still lives on in the hotel. It’s a perfect place to spend a relaxing time. 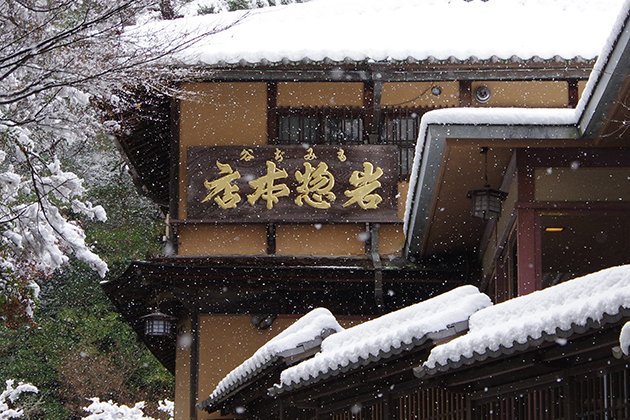 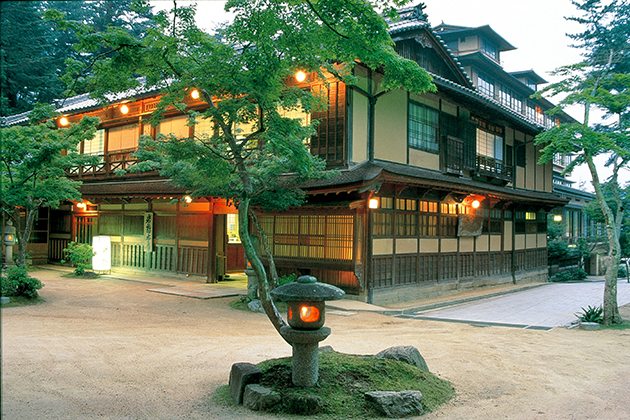 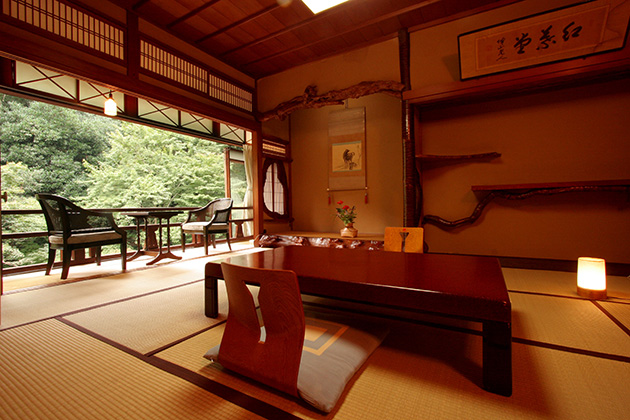 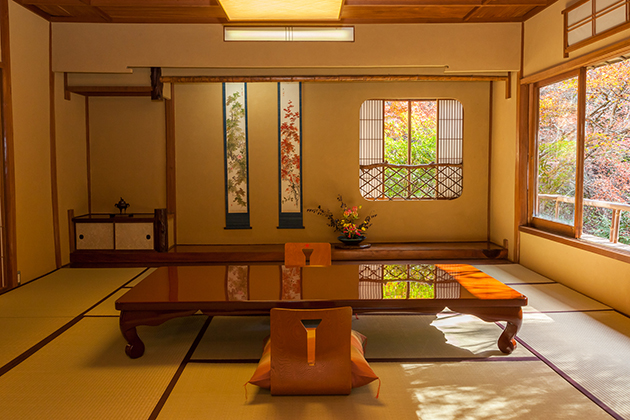 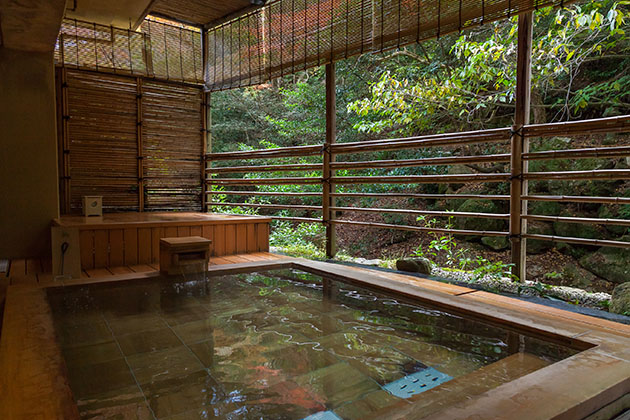 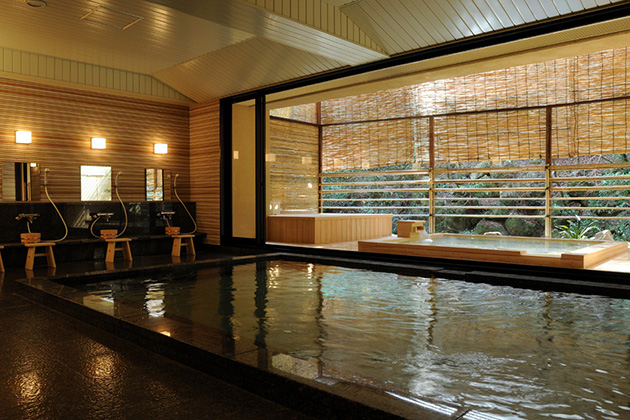 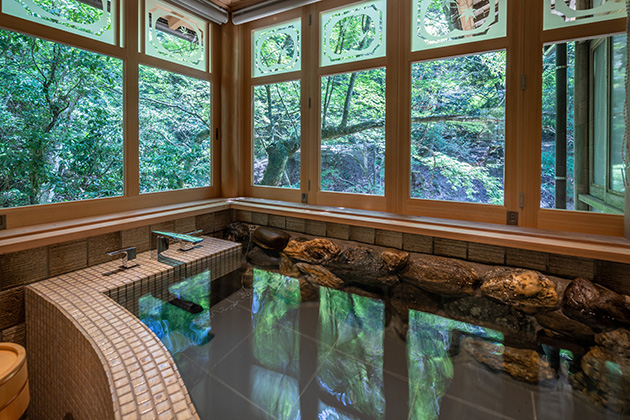 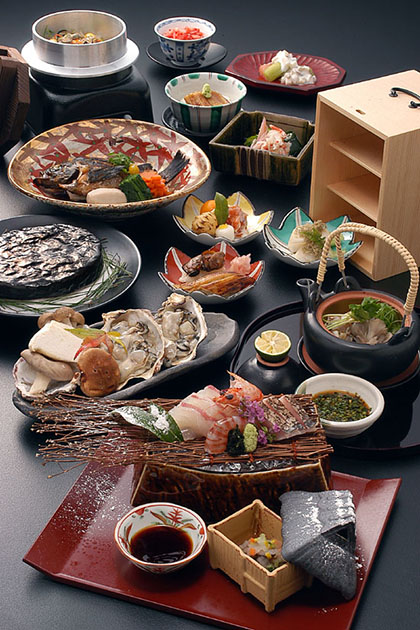 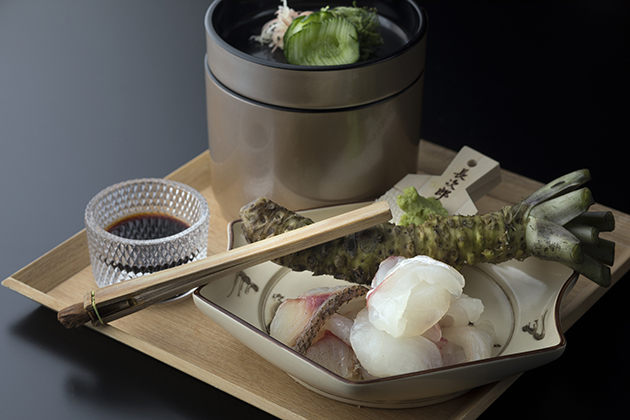 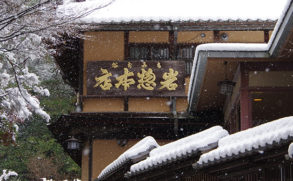 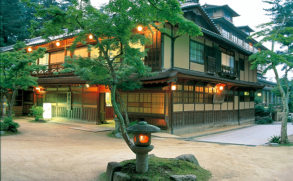 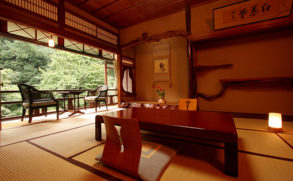 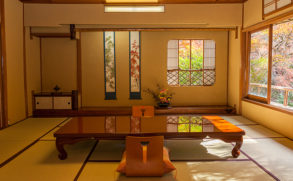 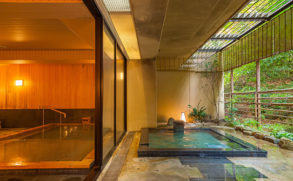 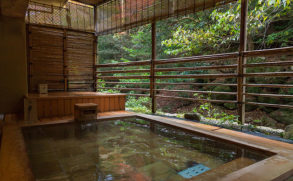 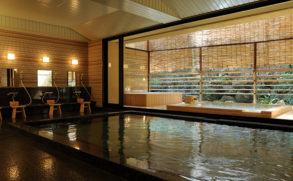 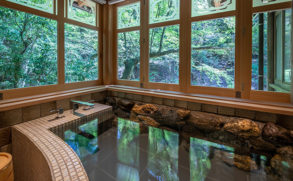 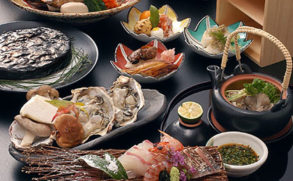 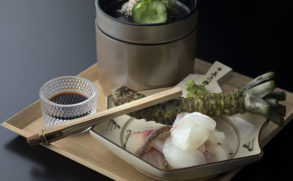 The long-established ryokan which was founded in 1854 sits near the entrance to the Momijidani Park surrounded by greenery and a river, which is one of the most scenic places on the island.
Japanese and overseas VIPs, such as Soseki Natsume, Hirobumi Ito and Isoroku Yamamoto loved the facility. It Started as a rest place for worshippers of “the island of deities”, the property was converted into a hotel when the Meiji era began around 1870. The main building which is used as an entrance hall today was constructed in 1893.
There are three types of rooms; detached houses which were built from the Taisho era to the Showa era, a main building which still retains the typical early Showa era wooden structural style, and a new building which overlooks the Momijidani Park with abundant natural beauty.
Hot spring water rich in radon gently warms you up.
The hotel also boasts of kaiseki course meals prepared from fresh local ingredients, such as oysters which grow with minerals from Mt. Misen and other tasty harvest from the Seto Inland Sea.
The authentic traditional atmosphere is carefully preserved. An ideal utopia awaits you.