The name implies a sad story 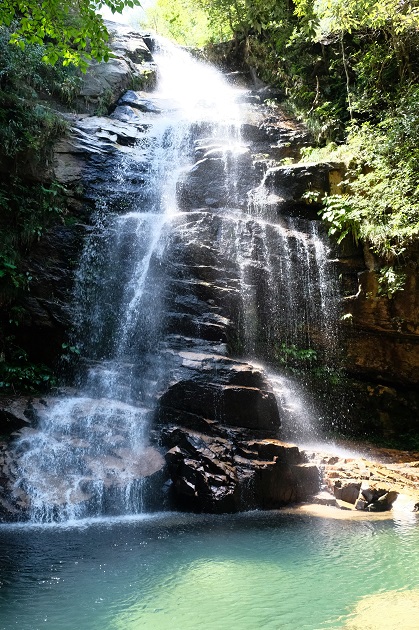 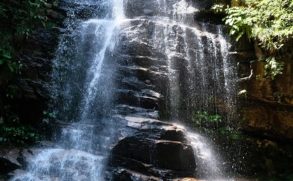 The waterfall with the height of 18 meters and the width of 5 meters is located at the end of the Tsunotani River which is separated from the Gonokawa River. The name derives from a sad story of a red cow. Long ago, the cow, whose owner transported iron on its back, gave birth to a calf. Every day, the calf followed its mother and went the route back and forth. One day, the calf slipped on a sharp cliff and fell deep down into a waterfall. The mother grieved so deeply that she cried in a sad voice when she approached the place as if she intended to follow the dead calf. Several days later, she cried loudly and jumped herself into the waterfall basin. The villagers felt pity for the mother and gave the fall the name of Akaba-daki (Red Cow Waterfall).

Remains of Kuki Silver Mine