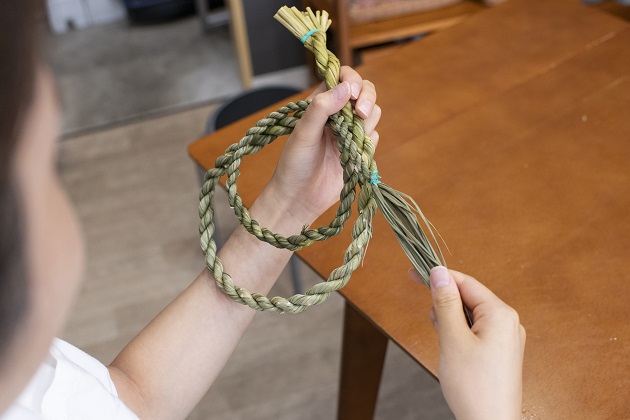 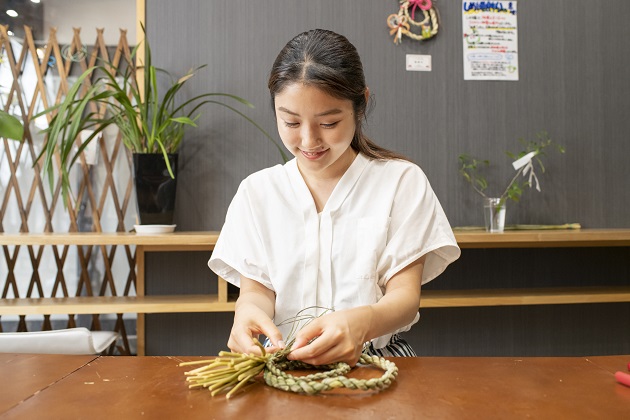 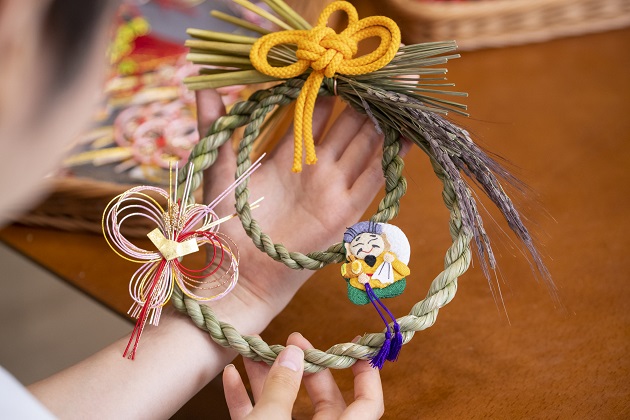 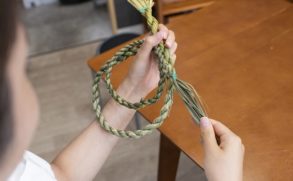 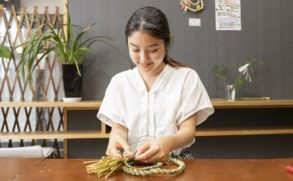 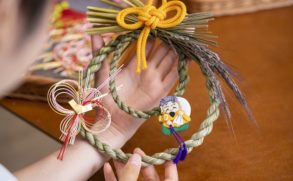 According to Japanese culture, a shimenawa makes a sacred place that is inaccessible by impure or evil spirits.
There are two types of shimenawa : the left twisted shimenawa hidari nai ) and the right twisted shimenawa
migi nai ). At the Taisha no Akausagi workshop, you can create a left twisted shimenawa , just like the ones
hanging in Izumo Taisha Grand Shrine . The symbolic meaning of the shimenawa changes depending on how
you decorate it. By the end of the workshop, you will know everything there is to know about shimenawa and
the many decorations that go with it . And, you will have your very own original shimenawa to take home. The
staff will help you every step of the way in a fun and friendly atmosphere.
Do not leave your shimenawa in the plastic bag , and keep it out of direct sunlight in a well ventilated place.