The shrine boasts of three “Number One in Japan” features 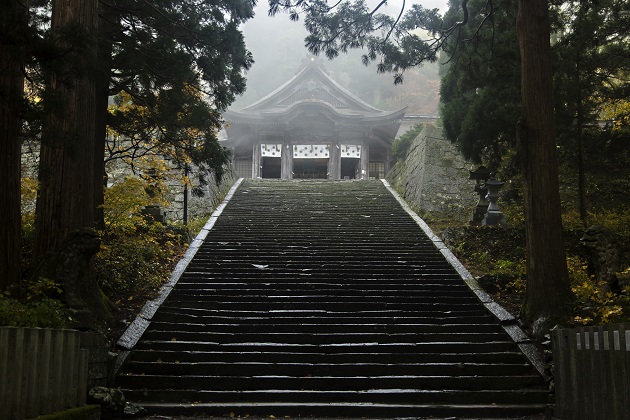 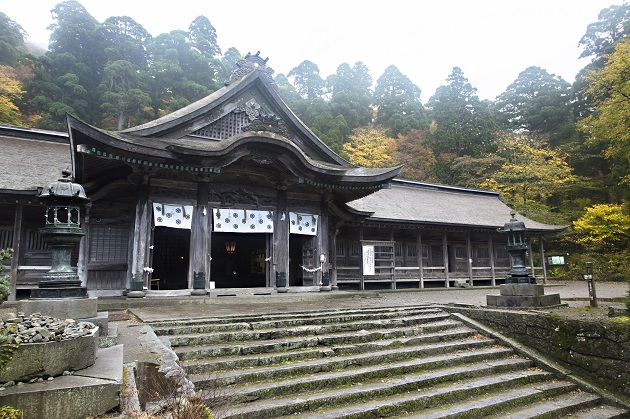 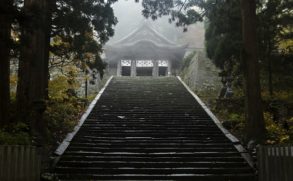 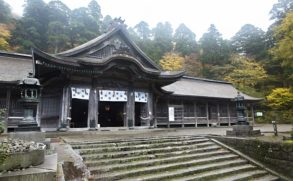 The structure is one of the biggest Shinto shrines in Gongen style. It started as a Buddhist worshipping hall for Buddhist monks who needed a praying place after climbing Mt. Daisen for religious training.

After the decree of “Separation of Buddhism and Shintoism” was issued by the government of Meiji (1868-1914), the Shinto shrine of Micho-gongen was separated from Daisenji Buddhist Temple, which is the origin of the present shrine.

Three items; 700 meter visiting path paved by natural pebbles, the shrine hall in Gongen style and the offering hall made of sandalwood and painted by lacquer are all Japan’s No. 1.