The most highly evaluated wooden bridge in Japan 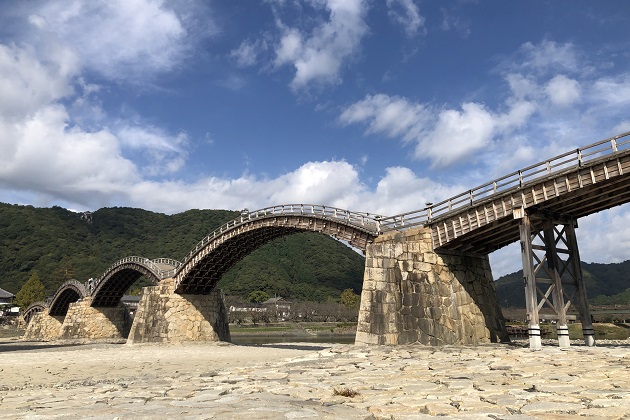 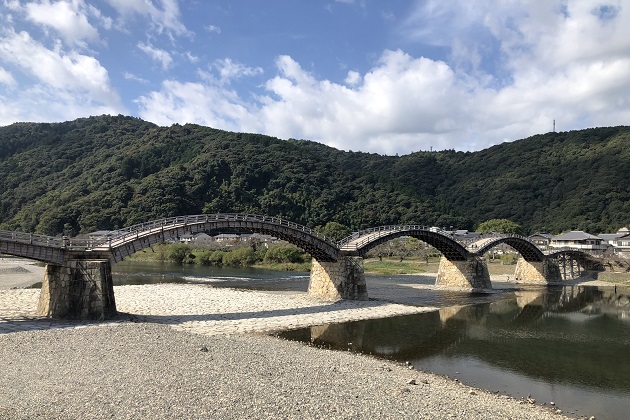 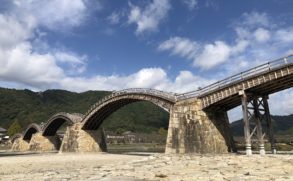 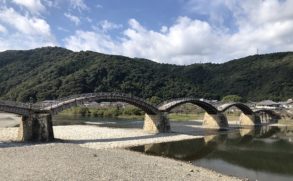 In 1673, the third feudal lord of Iwakuni Domain, Hiroyoshi Kikkawa succeeded in building the prototype of the present bridge, which was washed away by the flood of the Nishiki River. In the following year, he ordered the reconstruction. After some modifications, the second bridge was completed. Later on, in 1950, the bridge was destroyed by a typhoon. In 1953, the bridge was again rebuilt with wood. The arch-shaped bridge was intricately designed in a unique shape. Still today we are amazed with the high skill and technology.