One of the most popular places for colored leaves in Shimane 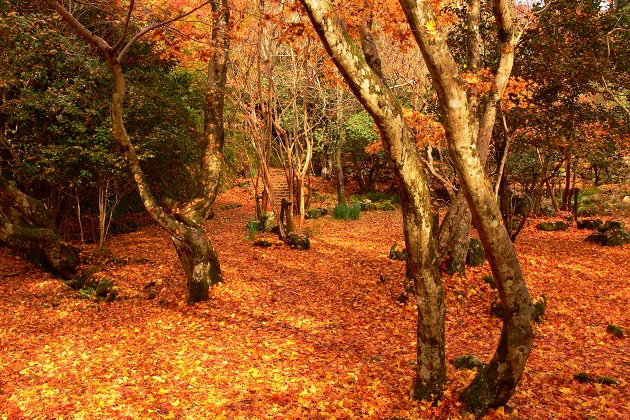 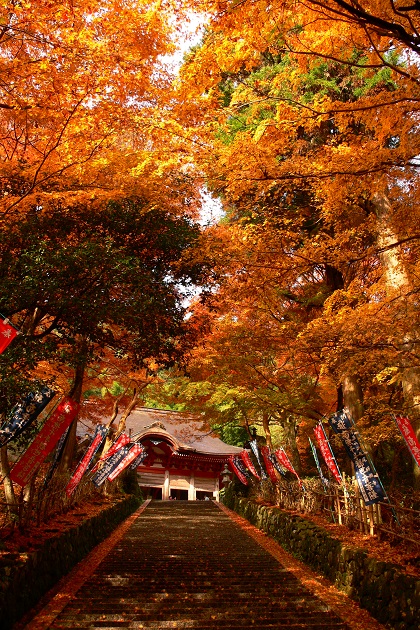 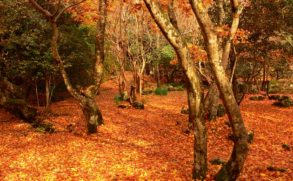 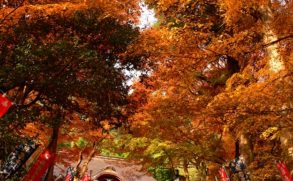 The temple is said to be founded in 594 by Chishun, a monk from Shinano Region. He came to Mt. Tabushi in Izumo and prayed for Emperor Suiko’s recovery from an eye disease, facing Furo waterfall. After the illness was healed, he constructed the temple to express his gratitude.
The name is derived from the story that he mistakenly dropped his religious instrument into the waterfall basin during his prayer near the fall, and a crocodile shark (鰐pronounced gaku) pulled it up by its gills for an offertory use.