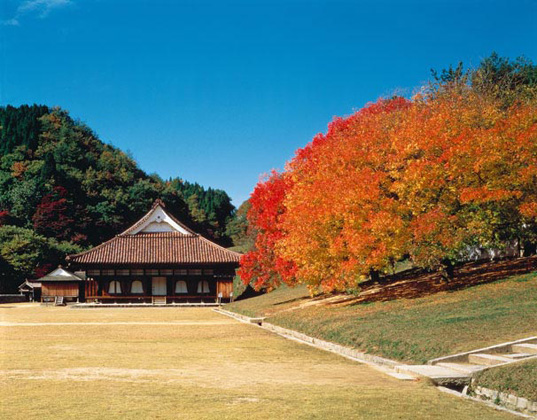 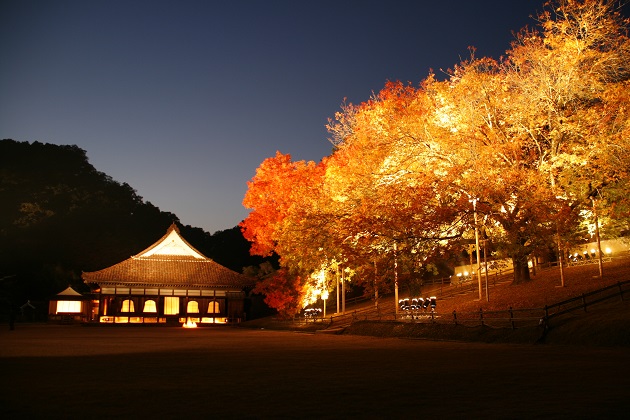 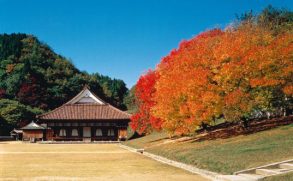 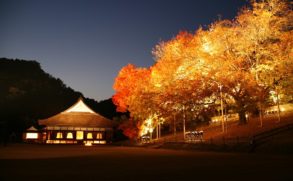 Shizutani School, the world’s oldest existing public school for common people, was established by the lord of Okayama province, Mitsumasa Ikeda, in 1670. The irimoya-style roof of the main hall – a national treasure – is covered with reddish Bizen-ware tiles. In autumn the leaves of the kainoki trees (Chinese pistache) turn a bright red. The school, set deep in the mountains makes a perfect autumn landscape. During the peak season, from late October to early November, there are also illuminations.

Miraishin no Oka (The Hill of Hope)
▲ Top