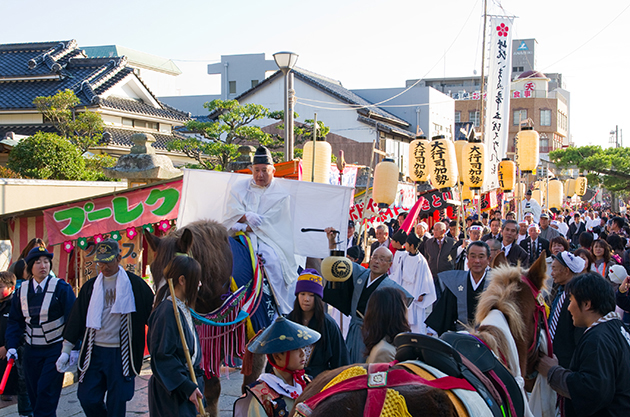 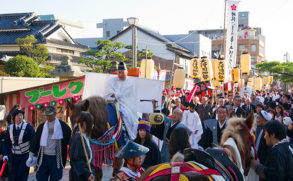 Miyuki Procession is held during the grand festival jointly organized by three Shinto shrines; Hiyoshi Shrine, Yunoseki Shrine and Odorii Shrine. Three portable shrines, one from each shrine, are carried for the parade, which is a votive offering. The event is commonly known as Daimyo (feudal lord) Procession, as it looks like a Sankin-Kotai march of samurai warriors from the Edo feudal era.

The visitors can imagine how daimyo (feudal lord) processions in those days looked through their performances and actions. It is held every year in the middle of September as an important unique folk event.

Misasa Hot Spring is illuminated with lights made of Japanese paper